Can Pregnant Women Use CBD? 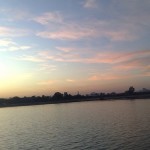 CBD seems to be the rage these days as a treatment for a wide range of ailments. Such ailments include pain and stress. The growing acceptance and legalization of marijuana in several states have resulted in a glut of CBD oil products in the market. CBD-infused lattes, gums, candies, lotions, and beauty products are widely available, with fans praising their calming effects. Hence, it is only likely that people start to ask today’s big question: Can pregnant women use CBD?

None have been approved or controlled by the Food and Drug Administration (FDA) in dosage, formulation, or distribution mechanisms. While CBD oil derived from the cannabis plant is not addictive, it is not advisable for pregnant or breastfeeding women.

Why Are They Used?

Marijuana is classified as an illegal drug in the United States. Many people feel that way of thinking is obsolete now that marijuana has been legalized for recreational use in several states. They are also legal for medicinal use in several others. You’re bound to find questions and stories about using marijuana before, during, or after pregnancy on any motherhood app, website, or forum. Morning sickness in the first trimester and parenting difficulty are common uses for cannabis. CBD oils and extracts are helpful with pregnancy and childbirth aches and pains.

CBD Use for Pregnant Women

Cannabidiol (CBD), the primary non-psychoactive compound in cannabis, is becoming increasingly common in the United States and other major countries. CBD may appeal to pregnant women as a more “natural” alternative to other remedies for nausea and pain. However, the effects on the developing fetus are uncertain to some extent.

Many—if not all—ob-gynes are concerned and hesitant to prescribe CBD use during pregnancy. This is in part due to the small body of evidence suggesting that cannabinoids hazardous effects to mothers and infants.

Despite the lack of research, experts warn against using CBD oil during pregnancy. According to the American College of Obstetricians and Gynecologists, pregnant or preparing to become pregnant should stop using marijuana or any of its byproducts, including medicinal marijuana (ACOG).
Marijuana use during pregnancy has been related to smaller infants, lower birth weight, and other adverse effects.

Experts caution against using CBD oil during pregnancy, despite the lack of study. People who are pregnant or intending to become pregnant should avoid using marijuana or any of its byproducts, including medicinal marijuana, according to the American College of Obstetricians and Gynecologists (ACOG).

If you drank a CBD-infused soda before knowing that you’re expecting it, don’t panic (but do mention it to your practitioner). Although there is proof that marijuana’s active ingredients can harm an unborn child, much of the existing research has focused on pregnant women who use marijuana regularly. If you’re pregnant and considering using CBD oil, chat with your doctor first. He or she can suggest other pregnancy-safe ways to alleviate your symptoms, as well as inform you about all of the risks and side effects of CBD oil for both you and the baby.

What Are The Possible Risks?

There is currently no systematic study on CBD and healthy pregnant women. Also, the lowest-dose drugs, though, aren’t thought to be beneficial during pregnancy.

The effects of CBD hemp oil on a fetus are unclear due to a lack of definitive evidence. Researchers have conducted a few experiments on animals to avoid human babies’ possible risks.

CBD toxicity in the womb has neurobehavioral effects, according to one study. An endocannabinoid system is present in a developing fetus (all humans are). Endocannabinoids are neurotransmitters that bind to cannabinoid receptors and appear to aid in early neurons’ growth and survival. Manipulation of that mechanism early in development had a long-term effect on animal subjects’ brains.

CBD doses caused male fetuses’ reproductive problems during their lives in another study on pregnant mice. It’s worth noting that animal experiments’ findings might not be relevant to human subjects, necessitating further testing.

If you have any reservations about using drugs or medicines, like CBD, you should always contact your doctor first when pregnant. Your doctor will tell you if the possible benefits of a drug outweigh the risks of taking it while pregnant.

Effects Down The Road

In a recent study published in the journal Clinical Epigenetics, researchers from the University of Minnesota used a mouse model to investigate the function of CBD during development and discovered effects on the brain and behavior. They found that CBD use during pregnancy could have long-term effects on the offspring’s mood and cognition. This is the first study to look at maternal CBD toxicity’s impact on adult mammals’ offspring.

In a recent study published in the journal Clinical Epigenetics, researchers from the University of Minnesota used a mouse model to investigate the function of CBD during development and discovered effects on the brain and behavior. They found that CBD use during pregnancy has a long-term impact on the offspring’s mood and cognition. This is the first study to look at the effects of maternal CBD toxicity on adult mammals’ offspring.

CBD is gaining popularity as a treatment for various ailments, but only one product has received FDA approval. In certain jurisdictions, but not all, unapproved goods are legal.

If the degree of control in the United States grows, more exact dosages and prescriptions will arise.

For the time being, people should seek medical advice about which product to use and how much to take.

They can also do studies to ensure that they are abiding by local and regional rules. The FDA offers information on a wide variety of CBD-related problems.

Experts’ views on CBD for expectant mothers could be reshaped due to social, political, and scientific change. In the meantime, women should work with their health care provider to develop a secure, healthy treatment plan tailored to their individual needs.

CBD and Drug Tests – Does CBD Shows Up in Drug Tests?

CBD Products for Psoriasis – Everything about Autoimmune Disorder

CBD for Insomnia: Benefits, Side Effects, and Treatment